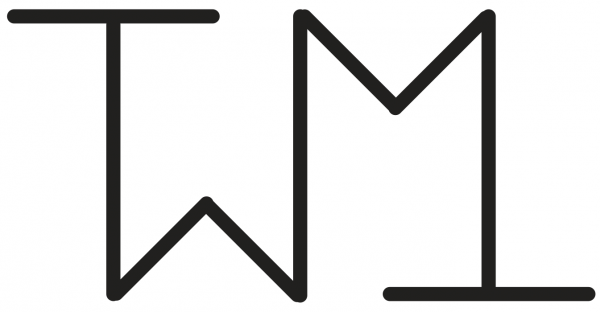 This month Women in Music Tech celebrates three important accomplishments: 1) we have launched the first issue of our newsletter, 2) we are finishing the preparations for our welcome concert and reception at The Garage on November 2, 2016, and 3) we have a logo!

Identity design, as any other fields in the discipline of design, is an engineering endeavor, often times misconceived as an easy task to do. We took the challenge of designing our own logo even if it is usually recommended to have it designed by someone outside of the organization for an unbiased vision. We took the challenge anyway knowing that we could rely on a number of committee members with a solid background in design, and we were highly motivated.

As diverse as our group is, the process has been an open, organic and evolving dialogue that we would like to share here. We had to start from scratch, but we knew, as a recommended starting point exercise, what the 3 core identity words of our brand were. Guess!: 1) women, 2) music, and 3) tech.

Amruta Vidwans did the first sketch (Figure 1), which helped us to start thinking about how we wanted to represent women and music. We decided to avoid two stereotypical concepts: 1) associating music with notes or staffs, and 2) associating women with feminine lines. Additionally, we wanted our logo to reflect the diversity of our organization.

Our preference towards a minimalist style helped us to decide to just play with the capital letters, influenced by Paul Rand’s logos (e.g. IBM logo), classical Swiss design, and minimalist music tech logos (e.g. Ableton Live). As another recommended good practice, we set the criteria that the logo should first work in b/w, and develop a version with colors later on.

Anna Weisling sketched some ideas (Figures 2 and 3) working with the 3 capital letters and balancing between straight and soft lines. We chose Figure 3, which shows the letter T of technology in negative space and represented with the symbol pi, a nice connection to STEM fields.

After a conversation between us (the two Anna’s of the group), Anna Xambó tweaked Anna Weisling’s logo with another version that was also playing with the letter T in the negative space (Figure 4).

Gerard Roma joined the conversation intrigued about the gender stereotypes associated to basic lines and types, and decided to add a more obvious reference to music technology. He sketched the three capital letters as sine waves (Figure 5) and then as saw tooth waves (Figure 6).

We liked the sketches, but still were unconvinced about how the T was represented, as we wanted it to be more dynamic. After another conversation between the two Anna’s, Anna Xambó tweaked Gerard’s logo (Figure 7).

We were almost ready for the survey. Anna Xambó informally asked Pratik Shah for advice on a suitable font, and particularly about the Interstate. Pratik sent us a few doodles as a response (Figure 8), and confirmed that the Interstate was a good match.

And the election day arrived! Our group anonymously voted for their favorite logo from 5 candidates using Polleverywhere.com. The 5 candidates had to be ordered by preference (drag and drop). The results of the most popular logo, from 10 votes, are shown in Figure 9. Our logo is an ambigram designed by Pratik Shah. The font used is the Interstate, which is minimal, simple, modern, and elegant. This font also represents the American freedom spirit. We are now working on a color version and a negative version. For the color version, we are working with gradients, which look modern but also suggest that women in music tech are a natural fit. The logo design process has been a collaborative work led by Anna Weisling. Other people involved in the conversation in a way or in another: Gerard Roma, Pratik Shah, Amruta Vidwans, Léa Ikkache, and Anna Xambó.