Behind the Numbers: Attendance and Diversity in Electronic Music Conferences 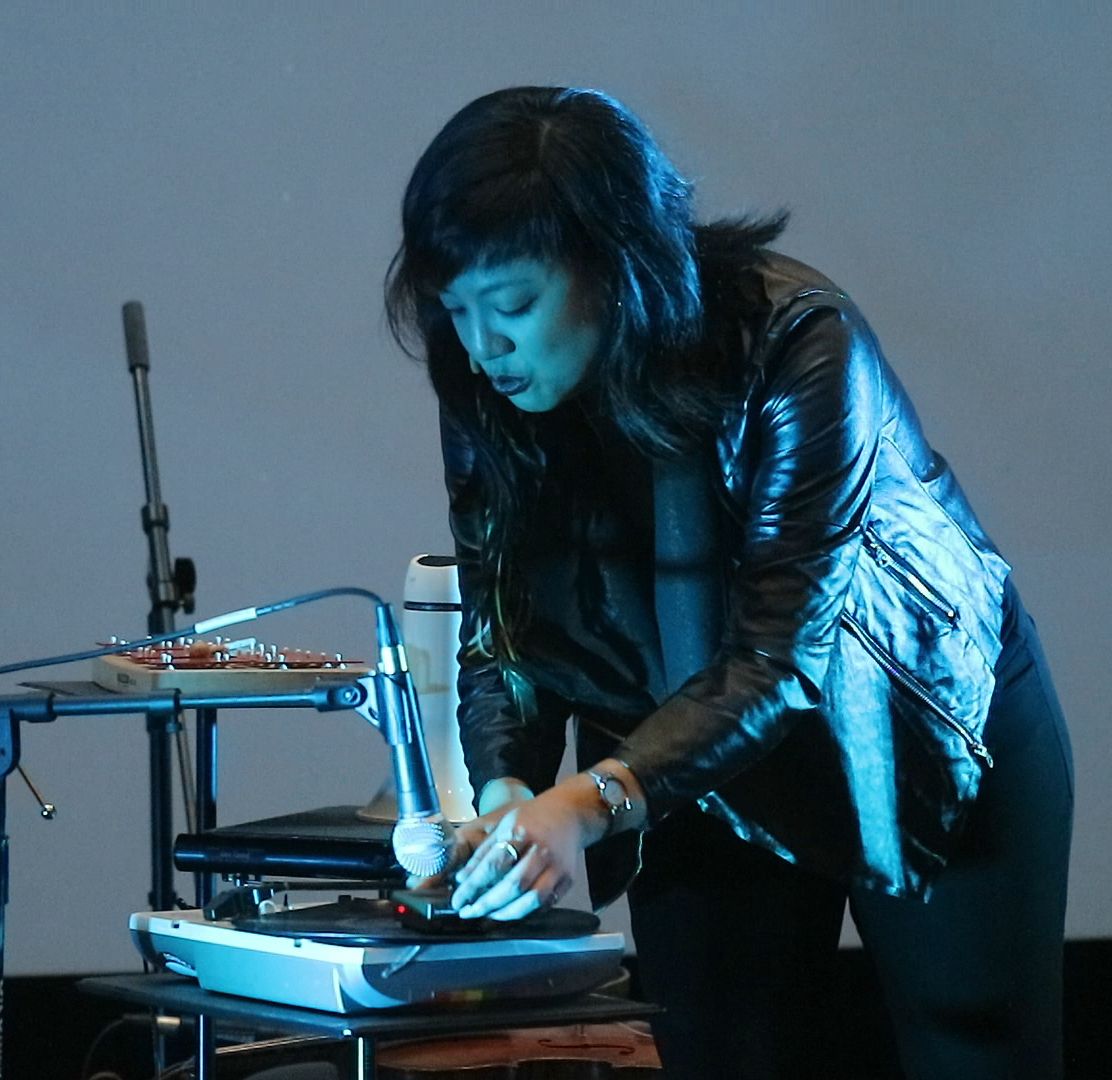 One year ago I attended the fifth annual National Student Electronic Music Event (NSEME), a conference created by and for student musicians and composers. I was excited, as I always am, to be exposed to a weekend of music and art from individuals from all across of the country and a multitude of different backgrounds, but the excitement was short-lived. It was half way through the first concert that I realized I was the only woman in the auditorium. As I flipped through the program, I was dismayed to see that out of 42 performances and paper sessions, only 4 were by women…9 percent.

Over the course of that weekend I struggled to make sense of this imbalance. It wasn’t the first time I had been the only woman in the auditorium (metaphorically and literally), but for some reason I felt a keen sense of isolation. I was asking the questions we all ask: Where were all the women—did they simply not apply to the conference? Do they not exist at all? Or was there something else going on?

This year’s conference was taken over by Eric Sheffield, PhD student of Electronic Music and Digital Media at Louisiana State University (LSU) and 10-year acquaintance of the author. It seemed it was time for me to revisit the issue of gender at NSEME, with an insider’s perspective. I spoke with Eric after the conference regarding his experiences with gender-based issues involved in hosting such an event.

AW: Tell me about NSEME — what makes it different/special as compared to other music conferences?

ES: What I find especially compelling about an event like this – an independent, traveling, student-run festival – is the opportunity to see a diverse range of new, unique, or unusual high-quality works. The larger or governed festivals and conferences can sometimes feel like an echo chamber, with similar aesthetics, principles, and research areas on display around every corner. NSEME and events like it have the potential to present a catalog of very different works while still ensuring very high quality standards.

AW: Why did you volunteer to do NSEME this year?

ES: Two primary reasons. One is the aforementioned independent nature of NSEME, which I find truly unique and special. The other was a concern about the general lack of diversity in electronic music in the US. This situation is ever improving, but I wanted to take a more active role in ensuring that everyone can feel welcomed, encouraged, and represented. The community cannot take a passive stance on this issue and just hope that it improves. It was important to me that LSU was a part of the conversation and effort to actively widen the appeal, accessibility, and representation of electronic music.

AW: Tell me about your efforts to balance the demographic in this year’s conference.

ES: I want to start by saying that there are a multitude of diversity and inclusion issues in electronic music, and I certainly didn’t think we could or should tackle all of them at once. This year, we chose to focus primarily on the gender disparity.

I thought it was ludicrous to expect that we could hold a more diverse event when the LSU- based planning committee itself was pretty homogenous. I also really didn’t want to lean on one or two committee members to be our “token” diversity representation. To that end, I recruited guest panelists from other institutions that had various levels of involvement, the least of which was to serve on the selection committees.

Our call for works went out to numerous places, and I tried to make sure that our email list included several prominent female faculty from institutions around the country. The call also went out to organizations focused on diversity in electronic music – namely, Georgia Tech’s Women in Music Tech group.

For programming, almost no specific actions were taken aside from ensuring a balance between live and fixed media works. Certainly, when we came up with our list of potential keynote speakers, we made sure that there were at least a few women on the list, but Bora [Yoon] was a huge favorite from the beginning. 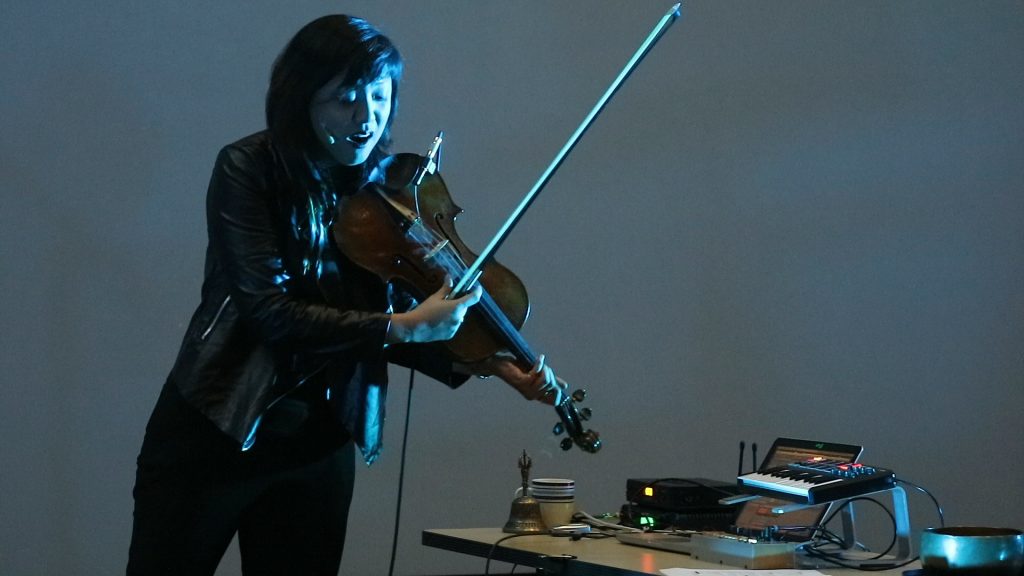 AW: How many submissions did you get from women this year? How many women were programmed?

ES: We did not collect demographic info – it made me uneasy to put checkboxes for gender on the submission form. That being said, the following info is an estimate:

This works out proportionally: 1/3 of all submissions received an invitation, and 1/3 of the submissions by women were invited. This helps to alleviate concerns about bias in either direction during the selection process. Unfortunately, several women had to decline the invitation, even after initially accepting. Who knows? Maybe this correlates with a bias favoring funding opportunities for men? If you look at our final program, there were eleven times that women were represented

AW: Do you feel as though your choices and efforts had an impact on this year’s conference?

ES: In terms of the overall tone and aesthetic of the event, absolutely. I think attendees really appreciated the effort to present a better balance of live and fixed works, and the after-hours show was definitely a highlight. 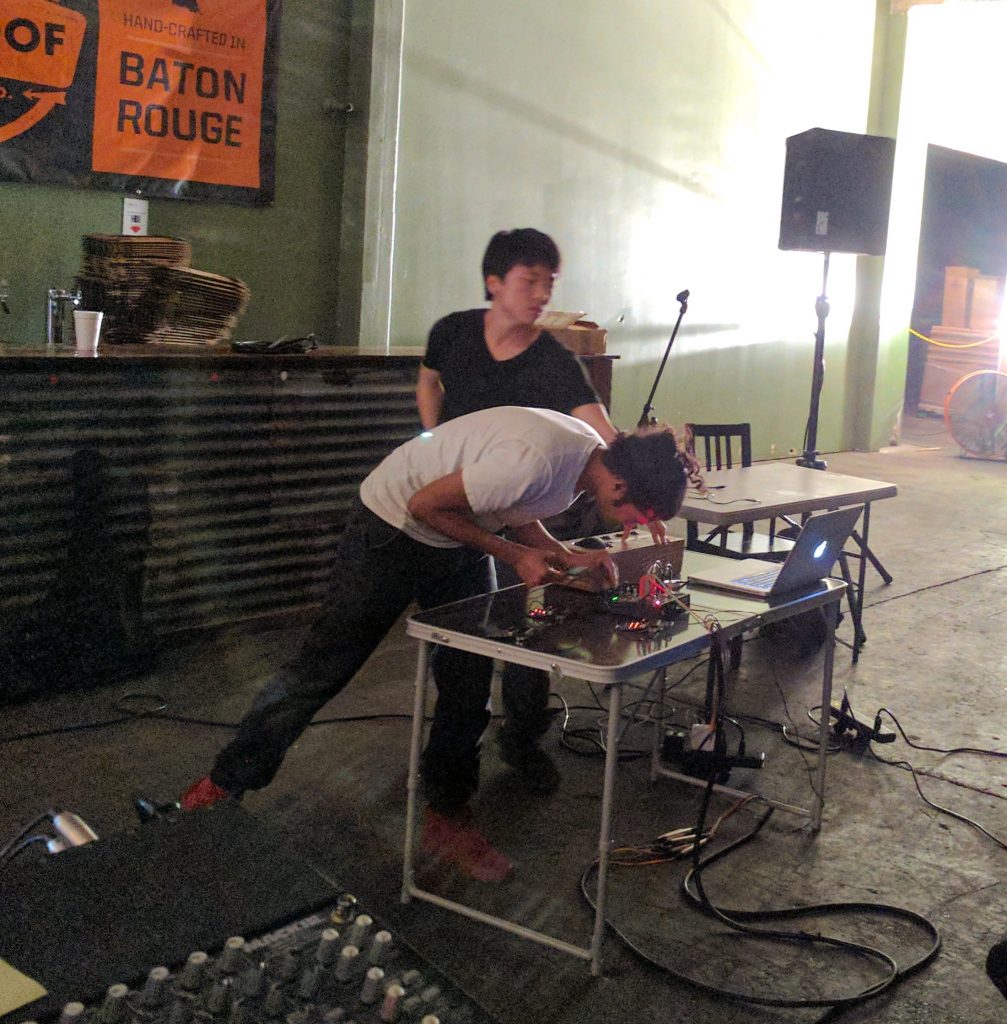 In terms of involvement of women, that’s hard to say. On paper, the numbers look slightly better. If we had a significant impact, I think it will mostly be through conversations with next year’s hosts, which have already begun – letting them know that we feel it should be a continuing priority of the community and particularly this event, and talking to them about what we tried and what seemed to work or not work.

AW: Some people say that there aren’t more women programmed on conferences because they simply aren’t applying. Others say it’s because there just aren’t very many women in the field to begin with. How do you feel about those statements?

ES: I think both could be true. Looking at our numbers could support both assumptions or either assumption alone. That being said, I noticed a very interesting phenomenon at my previous institution. Shortly before I finished there, we were planning a concert of electronic works by women. I had one-on-one conversations with a few of the younger female undergraduates about this effort, and I was really surprised by their stances – some of them weren’t really comfortable with the idea of a concert that drew additional attention to them. They felt like they were already well-represented and accepted among their peer-group, which I guess would be mostly early-20’s, and said concert would make it obvious that they were different or an anomaly. On the contrary, it was the older female students and faculty, as well as the male faculty, that were pushing for the concert.

What this signaled to me, though completely anecdotal, is that the efforts of my generation and previous generations ARE starting to work, specifically through more involvement of, respect for, and accessibility to women getting started in the field. It just takes time – literally years, decades, generations – to truly see even an inkling of the start of the shift, and we must continue to remain diligent.

AW: What would your advice be for others engaging in this type of work–hosting conferences, curating material, etc.?

ES: I guess since the focus of this interview is specifically the involvement of women in music tech, I would say that all of us need to stop and look around once in a while and ask ourselves the right questions. Thinking back to conversations I’ve had with people who do hiring – the goal should not be to specifically select women over men, certainly not unfairly, or vice versa. Rather, be cognizant of who is applying, who is being nominated, who is submitting applications, etc. If you have lists of applicants or submissions or guest artists or whatever and there aren’t many women represented, ask yourself, why not? Because, I think, more often than not, chances are that you’re stuck in the same feedback loop we’re all in – the same people get the same opportunities because they were already in the right positions because they already got the right opportunities because they were already well-represented because…

Anna Weisling is a PhD student at Georgia Tech. She explores the relationship between sound and image and the performance possibilities shared by both.
Eric Sheffield is a musician and maker pursuing a PhD in the Experimental Music and Digital Media program at Louisiana State University, where he focuses on digital fabrication, embedded computing, haptics, and physical modelling.