An Interview with Emilia Gomez 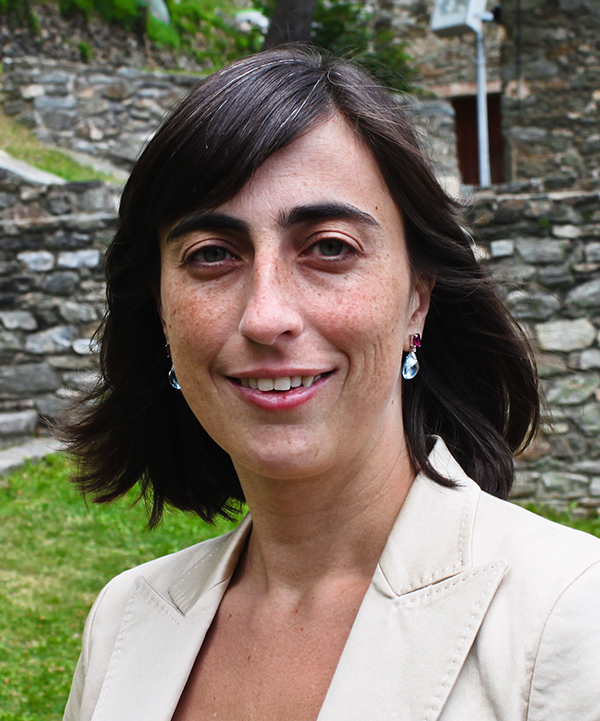 A few words about Emilia Gomez:
Emilia Gomez is an associate professor (Serra-Húnter and ICREA Academia fellow) and Deputy Director of the Department of Information and Communication Technologies (DTIC), Universitat Pompeu Fabra (UPF). She leads the Music Information Research (MIR) lab of the Music Technology Group (MTG). She graduated as a Telecommunication Engineer specialized in Signal Processing at Universidad de Sevilla. She received a DEA in Acoustics, Signal Processing and Computer Science applied to Music (ATIAM) at IRCAM, Paris. In 2006, she completed her PhD in Computer Science and Digital Communication at the UPF, on the topic of Tonal Description of Music Audio Signals.

Why did you choose Music tech as a field of study? What fascinates you to be in this area of Music Tech?
I chose it because I love music, computers and maths. This combination of very scientific work with very artistic work is what I like the most about this field. As a child I played the piano and used to sing. I studied signal processing in electrical engineering and I liked this area of research a lot. In the music program I always felt the need for doing more scientific and technical things and in electrical engineering I felt the need to do more humanities work. Music technology is an interdisciplinary field and provides a nice combination of both disciplines.

How do you combine music and electrical engineering in your research?
I use methods from signal processing, artificial intelligence and machine learning to process information from music. I work with audio and music signals largely, but I also work with score information or textual information. I build systems and computational models that can emulate the way we describe music. Since we are dealing with music signals in my research group, we have to incorporate knowledge from music theory and music perception.

Tell me about your experience as a woman when you were a graduate or post-graduate student.
I graduated from an engineering school, in which there were other female colleagues working with me. Then I did my Masters at IRCAM (Institut de Recherche et Coordination Acoustique/Musique) in Paris and there we were only 2 women out of 12-13 people. Then I did my PhD also in a male dominated group where I was the only woman in the group. However, I must confess that I did not feel any difference or disadvantage between me and my colleagues since it was the way it was.

During these years did you have any mentors to guide you through in this field?
I did not have any female mentors but I got mentorship from my PhD advisor, Xavier Serra, and project coordinator Perfecto Herrera and also from some colleagues I was working with. Maybe that is the reason why I like to support this mentor program of Women in Music Information Retrieval (WiMIR). It is important to have a female mentor when you are in a minority.

Do you think it would have made a difference, if you had any female mentors?
Yes, I think so, because you can learn from experiences of different women in your area and you have similar perspectives on some of the topics. I did not know about that but it was clear when I met other colleagues. In this community you get to meet colleagues from different countries and different environments, of whom some of them are women, so it is somehow like a mentorship. But I think it would have been nice to have a female mentor, especially when I was an undergraduate student and also during my Masters and PhD period.

Why do you think a few women enter in technology-related fields and how do you think the problem can be handled?
I think the way technology programs are described, there is a bias and it is not very attractive for female students. I think this is because the program is described by men. For instance, men use a number of technical terms and abstract descriptions to describe the program. Now, I am holding a flier for the engineering program and it says “We will train a person passionated by technology” and this is not the way you will feel. I am not passionated by technology itself but I am passionated by the applications of technology. I think that if a woman explained to you about engineering then she would describe it differently. There are a lot of girls, who are interested in maths and they are very good, but they are also interested in language, literature, and history. Engineering is too technical and restricted so you have an impression that there may be not a humanistic training in there. Firstly, the description is directed to defining the technology itself rather than how it can be applied, and second, this description seems very focused. For instance, we have much more women in biomedical engineering, which is a very applied field. Biomedical engineering is a technical degree where they do image processing, audio processing and programming, but you clearly see the application.

So how does your university deal with these problems?
We have some actions about gender (Gender and ICT) and we are doing some activities with girls from 6 to 18 years of age. We are organizing hackathons and some activities for them to learn about technology and how it can be used in our daily lives. Also, we have some training for engineers on gender since it is nice to have gender perspective in our research and professional lives. Finally, we are also starting a mentoring program for undergraduate students to support them, because sometimes when they arrive, even if they choose to study engineering, they are a little bit isolated or they do not find their way. Finally, in terms of trying to provide more visibility, we are making some efforts in Wikipedia, by trying to improve the presence of women, especially scientific and technology profiles. Currently, the ratio of Wikipedia editors for Spanish pages is 90% of men and 10% women. Now, we are organizing contests in collaboration with high schools to create profiles for women in science and technology. There are many difficulties for women, but the main issue is having role models of engineers who are working in different areas and it is nice to make visible their role in this area.

Women face many challenges in either the technology industry or academia but we also bring many strengths. What do you think is the best part of being a woman in tech?
I think that women tend to be more empathetic for real problems and can also see the connection between the technical part and its application. In terms of work, I also think that for women it is easier to work with other women and they have a lot of capacity for organization, creating links with other people, and so on.

You mentioned that you have to always keep learning and keep up with new research. How do balance your personal and professional life? As a woman, do you think it is more difficult?
I don’t know about the United States, but here in Spain, we have a difference between women and men. At least you notice it when you have children. For instance, while you are studying, you have a lot of time, you have the same capabilities and also while you are doing a PhD. But once you get pregnant then you have to stop because of your body and then you have a baby, and then there is always this compromise of should I work or should I be with my baby. Also in some cases the male colleagues do not have the same problems. For instance, in my generation, I saw that female colleagues stopped attending conferences after having a baby, while the men who had babies were still able to attend. So the main challenge is to balance your personal life with your work. If you love your work then you want to spend time on that and it is difficult to stop. In my case, my husband is also a researcher, and we work in the same area, so it is nice for me to balance with him and share the load. But in some cases it is difficult, depending on the couple and also the culture.
Having more women in working spaces and in senior levels means that we will need to support more balance between family and professional life. People believe that you have to work for a number of hours to be proactive, but it is not true. You can organize your time and then you do not need not be all day in the office. You can just organize yourself and have this balance. I also chose academia because I thought this working environment would be more flexible and easier for me to balance personal and professional life. As far as I know, in industry it is more difficult, but I am not sure as I have worked in industry only for a short duration.

Can you tell me more about the ISMIR Women in MIR initiative?
It is a group that is interested in promoting the role and opportunity for women in the MIR field. It is not just women but also men who are part of this. We have a mentoring program that was organized last year by Anja Volk, Amélie Anglade, Blair Kaneshiro and me. We have an open repository of female researchers in MIR. We are also trying to continue the mentoring program this year and we have several ideas for improving opportunities for female researchers in our field.

How can men help in this cause of bringing more women in tech?
I think they can help a lot. First, by being aware of this issue. Second, by being proactive, like taking part in the mentoring programs or by trying to be aware of this fact when they recruit students and also trying to promote to their children that technology is also for girls.

So in the WIMIR group do you see such examples of men who are proactive?
Yes, in last year’s mentoring program, we had several men. Almost half of the mentors were male and they were worried about this issue. They were finding the importance of promoting women in their company. So we have seen that in our community.

Any final words you might want to add?
I think that music and technology is a very nice way to get more women in technology because it is something that is applied. Sometimes, it is also cultural in that there are many musicians or players who are female, and it is something that can be attractive for getting more women in engineering. In fact, today is the Ada Lovelace Day! She was the first female programmer and she also worked on music. She was working on the relation of mathematics and music. So this is one example that music is very close to math and computing.